Main Menu / About Us

When you think about pay per click (PPC) advertising, you probably only consider the possibilities that Google offers. It’s certainly true that Google reigns supreme in the search engine industry. However, Bing still has its fair share of users. Over 7 percent of all searches are conducted using Bing. Moreover, 20% of all desktop searches in the US are carried out on Bing – and there are plenty of American expats and tourists in Bangkok. The bottom line is, if you neglect Bing advertising, you’re missing out on the chance to capture thousands or even millions of customers, regardless of your location.

At Move Ahead Media, we know that understanding all the different online advertising platforms can be confusing, which is why we exist to do the hard work for you. By trusting our experts to develop, execute and monitor your Bing advertising campaign, you can mitigate the financial risks to your business while almost guaranteeing a significant return on investment. Bing ads support is just one of our specialities – we can run your Bing campaigns in tandem with SEO, content marketing, social media advertising and more to create a holistic digital marketing strategy for your business. If you want to learn more about the power of Bing advertising or our services, we encourage you to give us a call. 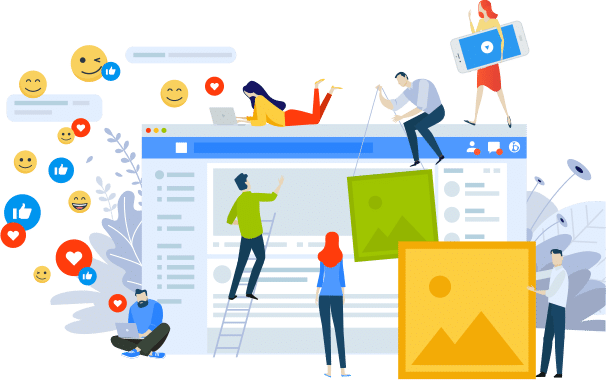 If you want to reap the rewards that Bing advertising offers, you need to know how to develop and run campaigns as well as measure their success. Alternatively, you could partner with the Bing marketing experts at Move Ahead Media and let somebody else take the strain. Here’s an overview of what we provide – don’t hesitate to call us for more information.

When developing a Bing advertising strategy, you need to know what types of campaign you can create and decide which ones will benefit your company the most. Do you want to feature in Bing’s sponsored results section to make sure your message gets in front of potentially millions of users? Do you want to take advantage of the Bing Advertising Network so that your ads can get featured on websites that your customers visit?

In reality, the most successful way to yield a significant return on your investment is to develop a strategy that combines elements of all the different types of campaign offered by Bing. You also need to think about remarketing your ads, which is a highly cost-effective way to target customers who have already shown interest in your company or services.

However, before you even start developing your Bing advertising strategy, you need to research your customers in terms of how they use the search engine and what keywords they search for to find your company. Some Bing advertising service providers focus solely on high-volume search terms, but we focus on all the terms that could lead paying customers to your website. As a top digital advertising agency, we know what’s required to get to know your customers and get your marketing message in front of them. More importantly, we understand how to make sure your adverts get noticed. If you want to learn more about PPC marketing, Microsoft Bing ads or local SEO, we hope to hear from you.

Running advertising and PPC campaigns on Bing is only useful if you know how to measure the results. It’s essential to find out how viewers perceive your adverts so that you can make improvements. It’s also crucial to segment your customers into specific target audiences so that you can create tailored content that will maximise your conversion rate.

There’s a range of online tools designed to help you understand how your customers interact with your ads and measure your conversion rates. However, you’ll need to analyse hundreds of data points to get an accurate picture of how effective your adverts are. Alternatively, you can partner with Move Ahead Media, a leading digital marketing agency in Bangkok, and let an expert save you time, effort and money while maximising your return on investment.

We’ve been creating and measuring the effectiveness of Bing advertising campaigns for a range of large and small companies for years. We don’t just analyse your conversion rates on Bing – we examine ways to retarget content based on their success, repurpose ads for specific audiences and much more. If you want to find out how we can integrate Bing advertising into a holistic and bespoke online advertising strategy for your company, you should contact one of our fully qualified and highly trained professionals. You’ll soon realise why we’re one of the most trusted Bing advertising services in Bangkok.

When it comes to PPC advertising, most people only pay attention to Google and Facebook Ads. It’s true that Facebook and Google are both powerful marketing tools – arguably the most powerful tools available. However, Bing is a popular search engine all over the world, and it’s not just the fact that it’s the preferred search engine for a fifth of Americans that makes it such an essential advertising platform.

Bing, the world’s second most popular search engine, has partnered with Yahoo to display ads, which means they essentially now claim 30% of the market share. That means that if you neglect Bing advertising, you could be missing out on the chance to reach nearly a third of your potential customers.

Bing is also increasing its market share of search engine users by developing programmes such as Bing Rewards, which enables users to get paid for searching. Unlike Google, Bing also allows its users to search for objects within an image.

Best of all, because fewer companies take advantage of Bing advertising, you could pay up to 71% less per click. To put that into perspective for those who are new to PPC; when you run ads on Google or Bing, you pay the search engine a certain amount of money every time somebody clicks on your advert. Therefore, advertising on Bing is often much cheaper than advertising on Google, even though you can reach as many as 30% of your potential customers by exploiting it.

As a leading online advertising agency in Bangkok, our objective is to maximise your return on investment. For that reason, while we don’t ignore effective marketing tools such as Facebook and Google, we never neglect Bing advertising when developing your long-term digital advertising strategy.

LET US HELP BRING YOUR COMPANY TO NEW HEIGHTS!
CONTACT US FOR A FREE ASSESSMENT.

At Move Ahead Media, we’ve been a leading digital marketing agency for well over a decade. Initially, we operated in the UK and Australia. Thanks to our proven track record of success, excellent reputation and in-depth industry knowledge, we now have a regional office in Bangkok. We help local and international businesses extend their reach online. Whether you want to establish your company as the best service provider in your area or increase your exports, we can help you.

We understand the inner workings of Bing advertising and know how to utilise all its features to your advantage. We can carry out comprehensive keyword research, create ads that are targeted to a specific device (desktop, tablet or phone), convert readers into leads, leads into customers and much more. If you’ve already performed keyword research using Google’s Keyword Planner, we can seamlessly import your data into Bing to reduce your costs and maximise your return.

While running your campaigns, we’ll analyse your target audience’s search behaviour and seasonal keyword changes so that we can adapt your long-term strategy as and when required. Our flexible approach to digital marketing is just one factor that separates us from the competition. Of course, as a top Bing ads agency in Bangkok, we’ll always keep you in the loop and include you in every step of the development process. Better still, your personal Bing ads editor will get to know your company inside and out, ensuring the ads we create will make an impact.

In addition to Bing advertising, we specialise in social media marketing, content marketing, PPC and much more. We’re the partner you need to create a holistic digital marketing strategy that will take your company to new heights. For cost-effective prices, unrivalled expertise and guaranteed results, look no further than Move Ahead Media. Call us today to learn more about the benefits of Bing advertising or to find out why working with a leading agency in Bangkok is a high-value investment.

Get your Digital Marketing Strategy Audit with
an Experienced Digital Strategist.

Send us a Message